Our friends were able to adopt a baby!!!!! It was (and is) so exciting! Even though a while ago I said I was taking a break from throwing baby showers I knew I would if Meaghan were to have a baby! So, I was more than thrilled to help a few friends throw her a shower!!

A friend called and asked for some theme ideas, I gave some ideas and then from those Meaghan chose her favorite; She went with a crepe bar and the theme: A Joyful Journey.  So very fitting.

One friend made the invites, one friend hosted, another coordinated everything and took care of the game, and I made the crepes and decorations, and everyone pitched in with bringing toppings. The best way to do a shower - share the load!

(for the record:  I realized that my camera had been on a weird setting after the baby shower was over! ahh!  so the pictures are a wee bit fuzzy! 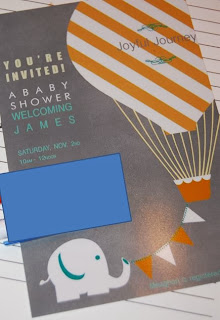 So, I had so many ideas for decorations and set aside the week of the shower to accomplish everything.  Then my kids got so sick...  So, almost all the decorations I did the night before and into the morning... story of my life!  So, I wasn't able to finish the table centerpiece I had in mind, and that was a big bummer, but everything else turned out so fun! (In my opinion!) 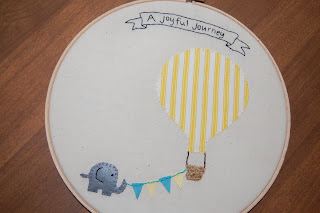 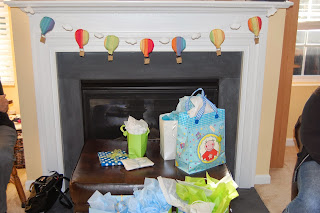 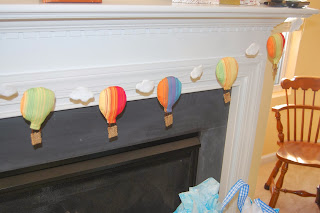 I cut up a burlap sack and sewed little pieces together to make the balloon baskets. 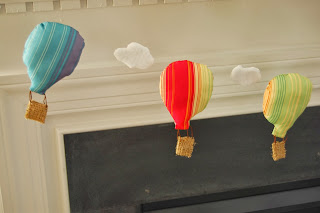 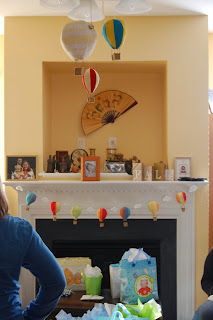 I used this pattern to make these hot air balloons.  I glued pieces of the burlap sack to cardboard to make the basket part. 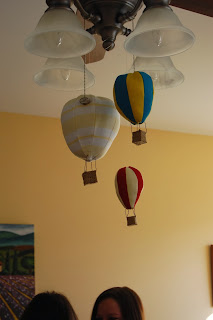 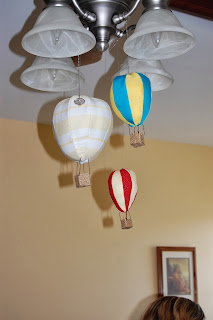 We did a crepe bar, I basically just recreated what I did for this birthday party.  Crepes with Nutella, Chocolate Mousse, strawberries, bananas, toasted almonds and coconut, vanilla cream sauce, fudge sauce, and whipping cream. (Recipes linked) 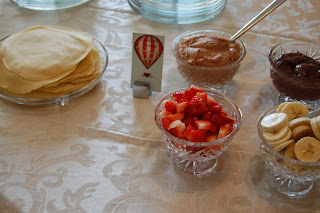 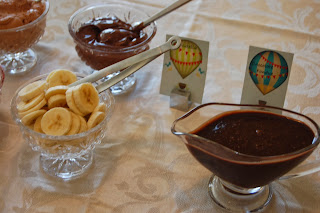 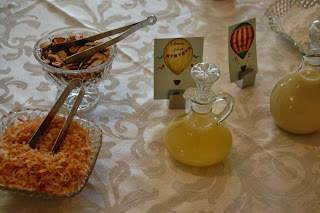 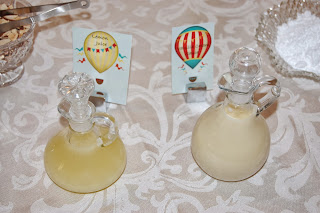 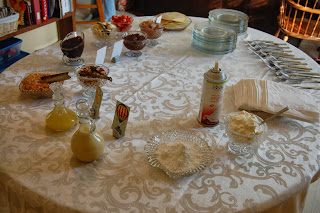 I had seen this on Pinterest, to write a message for the parents on diapers.  I thought it would be fun to display them in a vintage suitcase (to go with the theme?!), and our friend totally found one!  So cute! 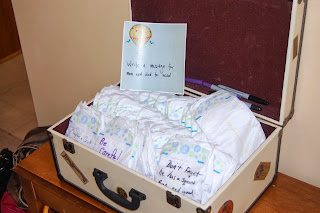 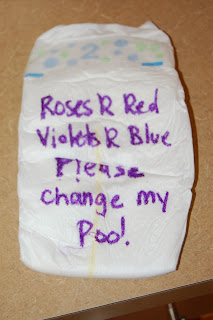 We also did a game where guests picked a slip of paper that had prompts for them to share with the group: share a time you thought you were the worst parent ever.    share one of your most embarrassing parenting moments...  share one of your most sleep deprived moments as a parent...  share something you've told your child that you reminded yourself of your own mother or parents...  share something you swore you would never do as a parent and then found yourself doing... etc.

The very best part of the shower was seeing Meaghan being so happy to be a mom!  Ahh!! I love it!!!! 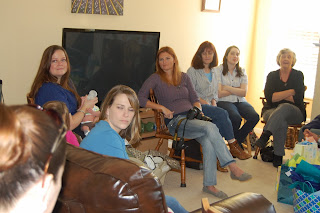