I did a fear factor game for a Halloween party.

This was the Dart Board of Death:  The person had to throw the dart, and whatever number they landed on, that is how many gross items they had to try.  (Any double digit number, they had to do the higher number.) 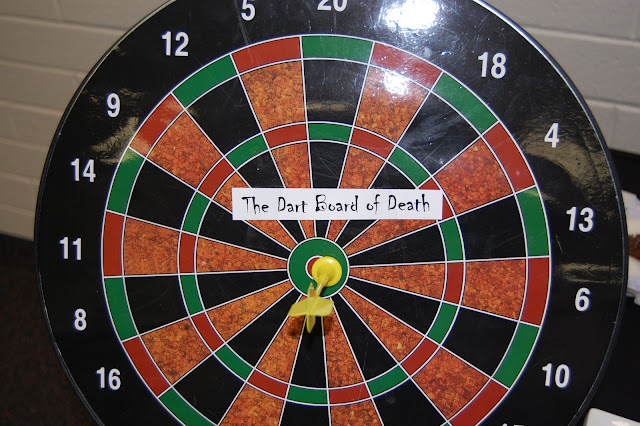 The items they had to choose from: 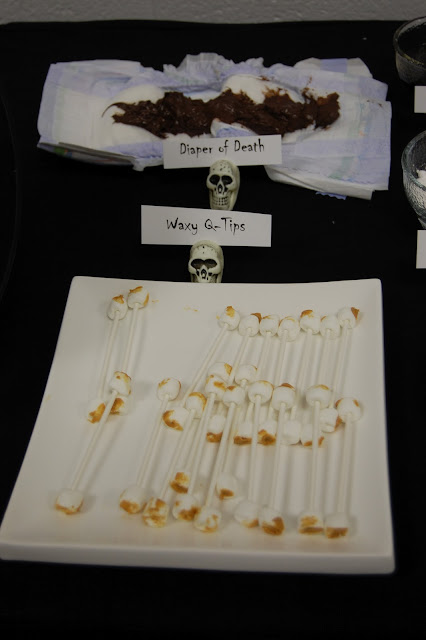 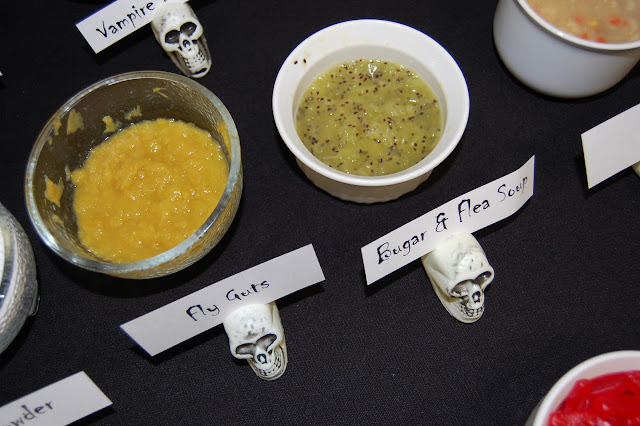 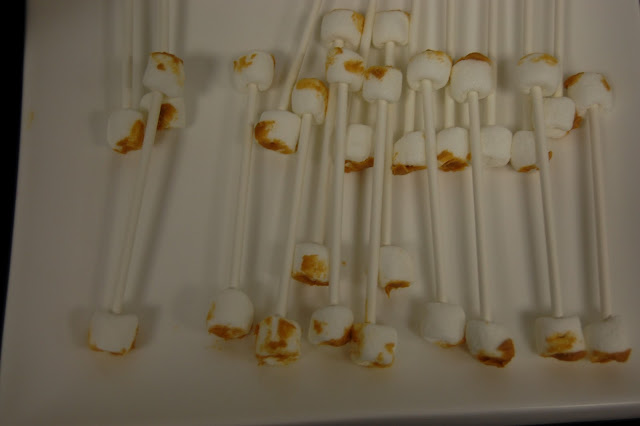 The Penny Panic:  I had a bunch of pennies in the bottom of this jar.  On top of the pennies I had earth worms.  The person drew a number and that was the number of pennies they had to retrieve. 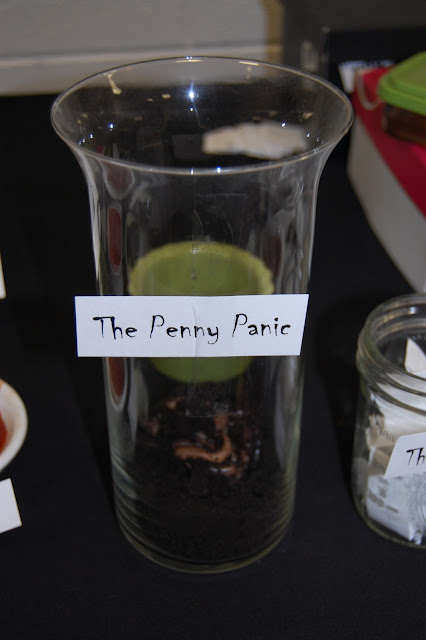 The Jar of Fear:  The names of all the items to try were in this jar, they had to draw one and whatever they drew they had to try. 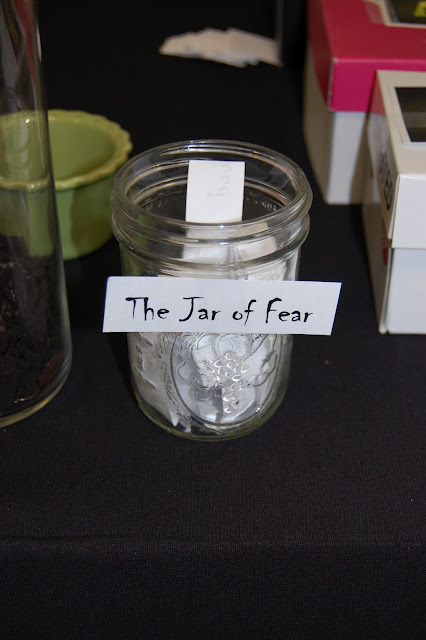 Name that thing:  I didn't have time to decorate my boxes...  But there were items in the boxes, they stuck their hand through a hole on the side, and felt it's contents, and then had to choose what it was;
Goblin Guts (cooked spaghetti noodles), Dracula's eyes (peeled grapes), Tin Man's Heart (peeled tomato), Witch's finger nail clippings (toasted coconut) 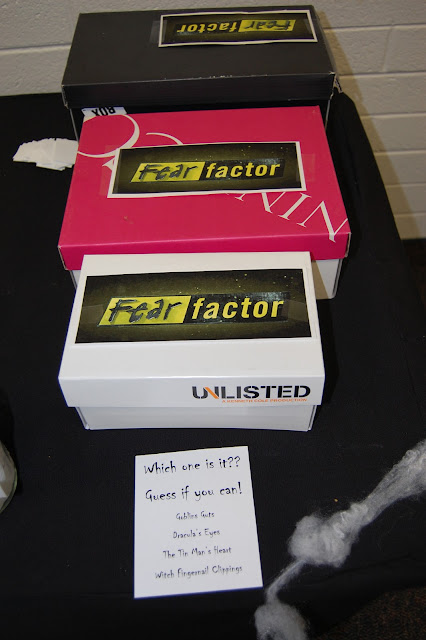