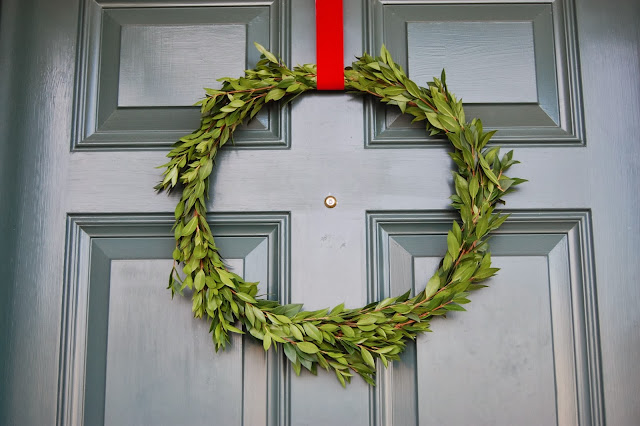 I walked into the florist shop last week and asked if they had any myrtle.  The lady said, "What is myrtle???"  I was confused...  A few moments later I was inside her cooler telling her the name of the greenery in it.  As I left, the owner of the floral shop said, "Don't go telling people that we don't know what we're doing."  I gave a courtesy laugh, and in my head I thought, "You DON'T know what you're doing!"

It was pretty funny, but I came away with some myrtle and I made this wreath for $3.20.  I already had the velvet ribbon so that is not included in the cost. I turned the greenery above into the wreath below. 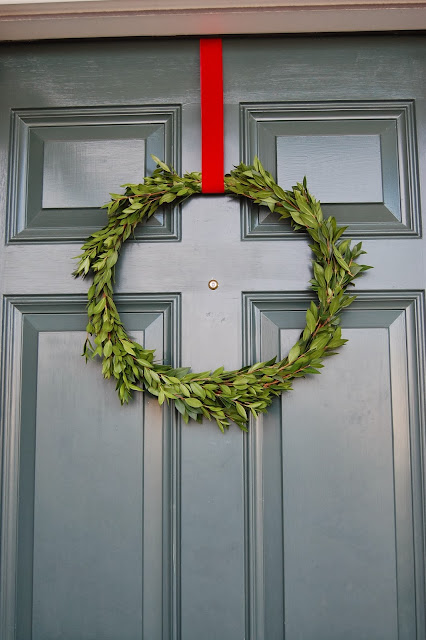