I was getting ready to post Trevan's Eighth birthday party, and was going to link back to his party when he turned five, but couldn't find it. Then I realized I hadn't added it to this blog yet, so I will now! I found a common link with my parties after looking at this again. I always run out of time to execute the ideas I want to do.

I was going to have a whole carnival set up outside, but it rained, and had to move it indoors! So we rearranged our furniture, and had carnival games spread out everywhere. We had a game on the front porch, and we set up my tent to have two games in the back yard as well. So, people only had to get a little wet to get under the tent. It was fine, but I wished I could have done the whole thing outside. I even ordered this really long carnival banner thingy, and I don't think you can even see it in any of these pictures... 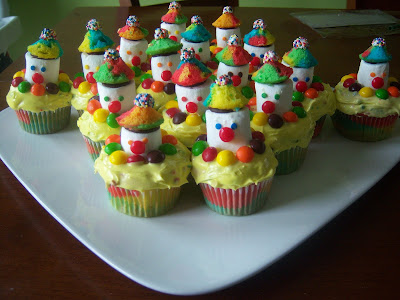 Here are his cupcakes. I wished I had made them before, so I could have had a little more time to experiment with them, but they turned out all right for the first try. I made rainbow cupcakes, and they were really fun. 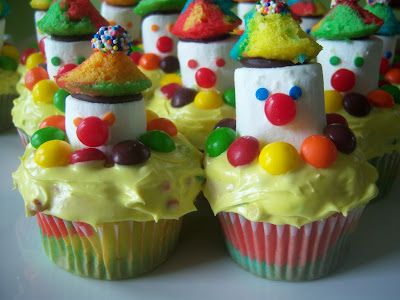 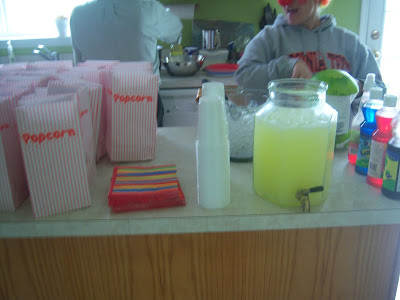 I served carnival food; lemonade, snow cones, funnel cakes, and we made some home made kettle corn. 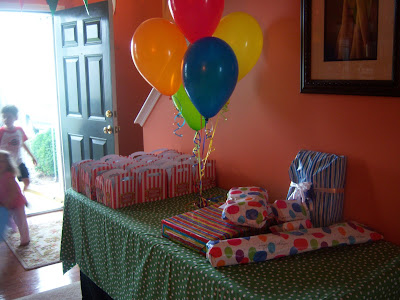 Guests were given tickets to redeem to play games, and get food. They were also given treat boxes to take around with them to the carnival games to carry their prizes in.  I ordered a lot of the goody bags, tickets, and carnival stuff from Oriental Trading. 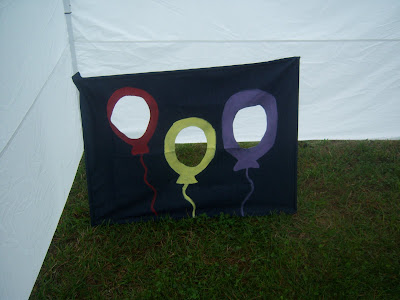 My ghetto bean bag toss. I had plans for my dad to make me a nice wood one, but it never happened. 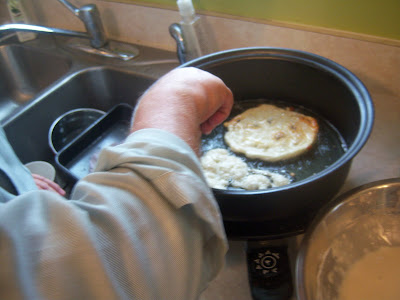 My dad made the funnel cakes. 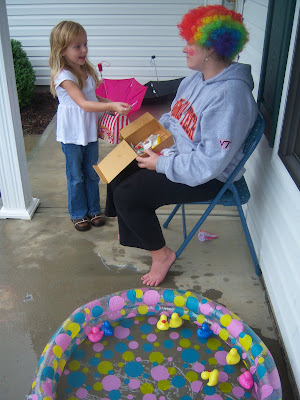 My sister, was a "Carnie" operating the duck pond on the front porch. 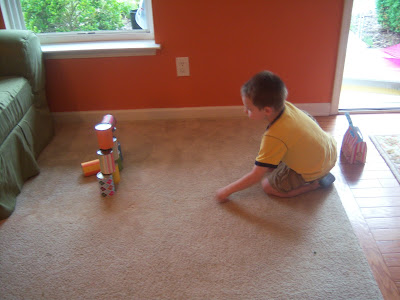 Trevan trying to knock down the cans. (I just covered soup cans with fun paper) 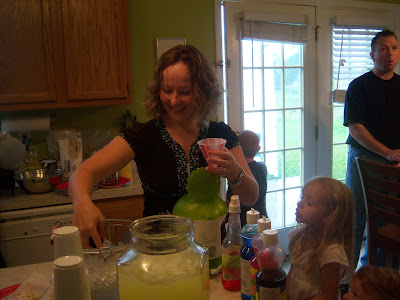 My friend dishing up snow cones. 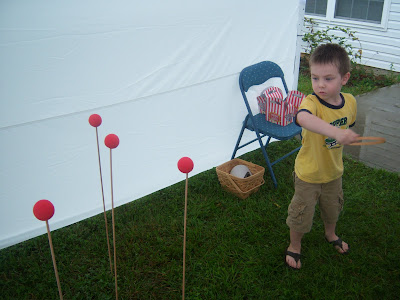 My last minute, ghetto ring toss. I had big plans for a great ring toss, but life got in the way...

I didn't get a picture of the jar toss. But, I also put together an assortment of glass jars and put a prize in the jar, and the kids tossed ping pong balls, and if their ball landed in a jar, they got the prize. 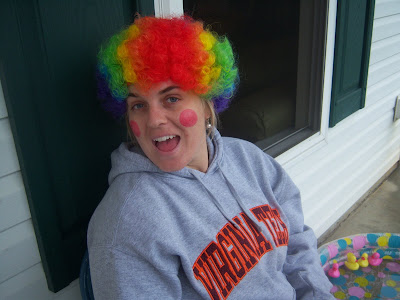 My sister, the clown.  I got the clown wig from Oriental Trading too. 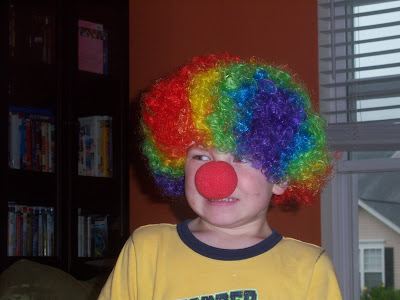 Even, though we had to cram everything inside, and not have everything how I wanted, the kids had a great time, and that's all that matters! I think Trevan had a very happy fifth birthday!