A friend recently hosted a "projects anonymous" crafting time at her house to help all of us get to some of our many projects we've started and not finished. I went through my unfinished alterations pile that's been around as long as I've had my work room downstairs (a long time...). I found this hat that I had bought, or my my mom had bought (I really don't remember...), but I had planned to re-do it to cover up the princess embellishment. I'm just not big on princess stuff, I guess. Anyway, that was when my daughter was very little, she's now three. So, I thought I would finally re-do it and give it to another little someone on our Christmas list this year. 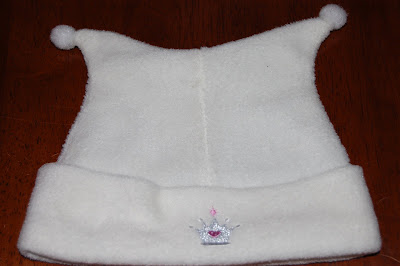 I originally was going to cut off the points and round off the hat, but I think it would be too small then. 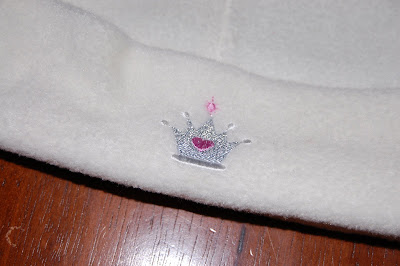 I made a felt flower with stuff I had on hand to cover up the embellishment. 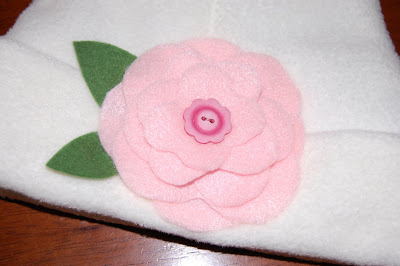 Demonstrated here on Jonah. He hates stuff on his head, so I was surprised when he would keep it on his head. 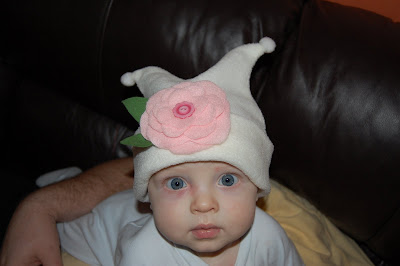 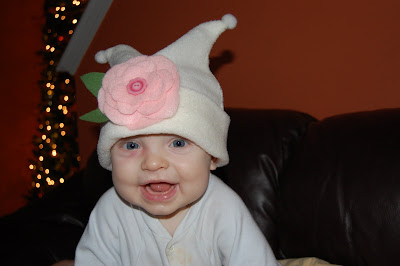 I think he likes the hat, little does he know he's giving it to his cousin for Christmas. :)