Even though I lost my running buddy when she got pregnant, I was more than excited for her and happy to give her a baby shower! Instead of her having multiple showers she decided to have one large one so I had lots of help in getting this shower together, and really that is the best way to go because doing a shower by yourself can get very expensive!

My friend is doing a Superman themed nursery and her husband's family are huge Marvel Comic fans so I thought it only fitting to use that as part of the theme! I found these great invites online and really had to search to find where to order them from!

One of her other friends took care of most of the decorations, and she printed off super fun stuff to make banners with.


We thought about doing super hero themed foods, but then I thought we should go with my friends favorite... PIZZA! 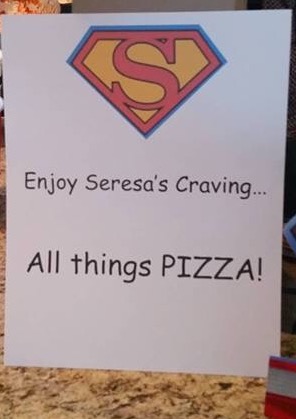 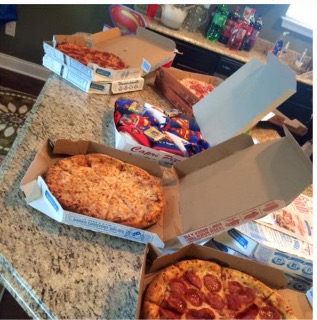 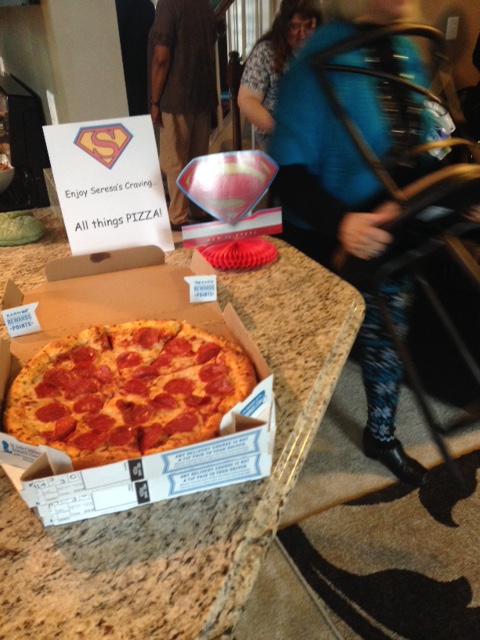 There were so many people willing to help, with a pizza theme it was easy to give assignments and have different people bring pizza, etc. 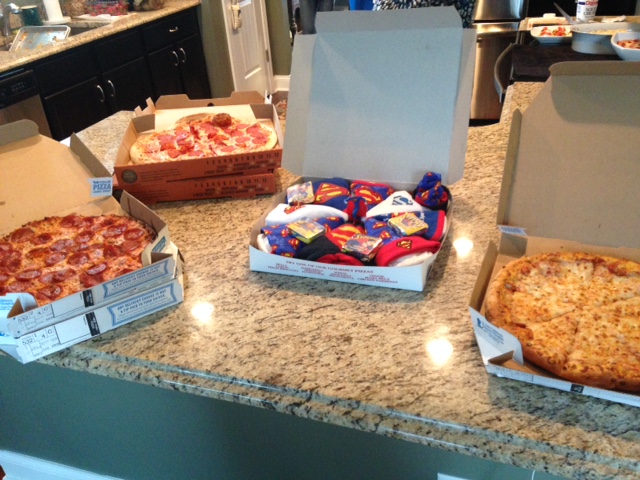 I tried a few new pizza themed recipes.  I didn't want to take the time to make my own pizza dough and thought I would just buy some from some pizza places.  However, Dominoes and Papa John's wouldn't sell me any.  So I went to a little mom and pops pizza place and they sold me some and some pizza boxes for one of the desserts you'll see later on in the post.

I personally didn't like the recipe below, but I don't like store bought jarred alfredo sauce so that might have something to do with it.  However, lots of people asked for the recipe and it was all eaten so other people liked it.  And I had a little bit left at home that I put as pizza toppings on a pizza for my kids and they all loved it even with spinach in it!  So, there's a recipe my kids will eat at least!


I also made a Four Cheese Pizza Dip but none of us got a picture of it.  It was one of those recipes I saw on Facebook that was a video and had to watch it a bunch of times to write the recipe down.  It is similar to the Chicken Alfredo Dip with pizza dough around the edges and the dip in the middle.  Here it is.

Pizza Dough already prepared rolled into one inch balls and put around the edges of a cast iron skillet, or round baking dish greased.

Mix ingredients together and fill in the middle of the pizza dough balls in greased baking dish.


And of course we had fruit pizzas for dessert! 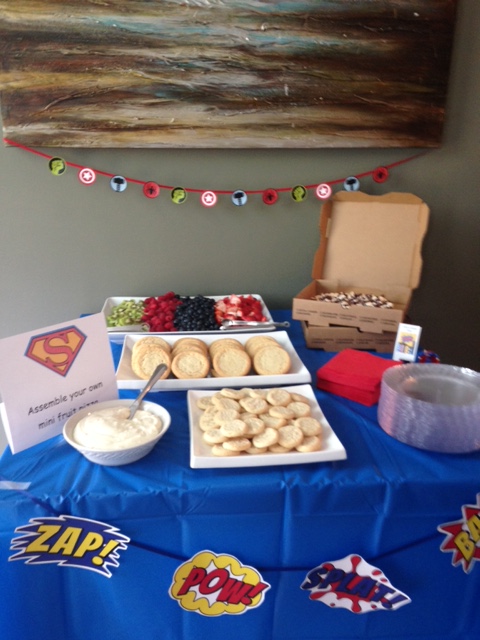 Here is the recipe she used for the cream cheese spread:

Cream the cream cheese until smooth.  Add butter and cream together.  Add powdered sugar then cream and vanilla beat well. 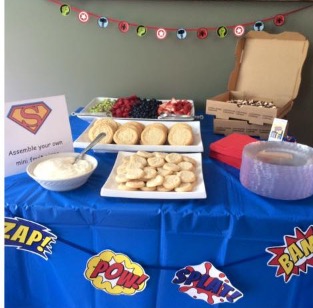 This S'more Cookie Pizza was a huge hit!  It was so good I got the recipe and had John make it the next day!  I just bought two pizza boxes from a pizza place for her to put the cookie in. 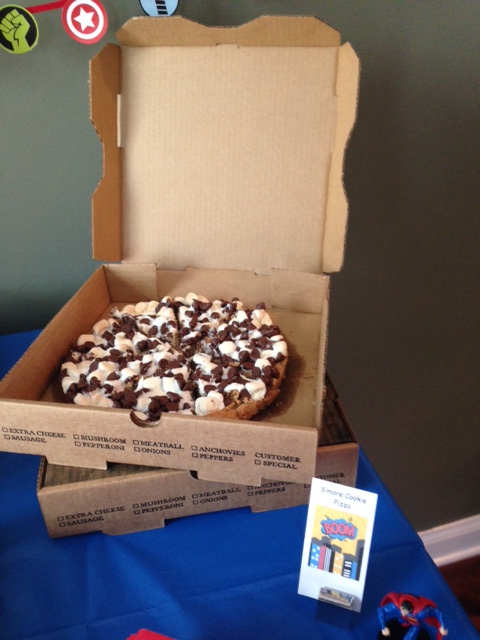 Dividing and conquering a baby shower is the way to go!  I'm so happy for my friend and can't wait to snuggle her baby!!!