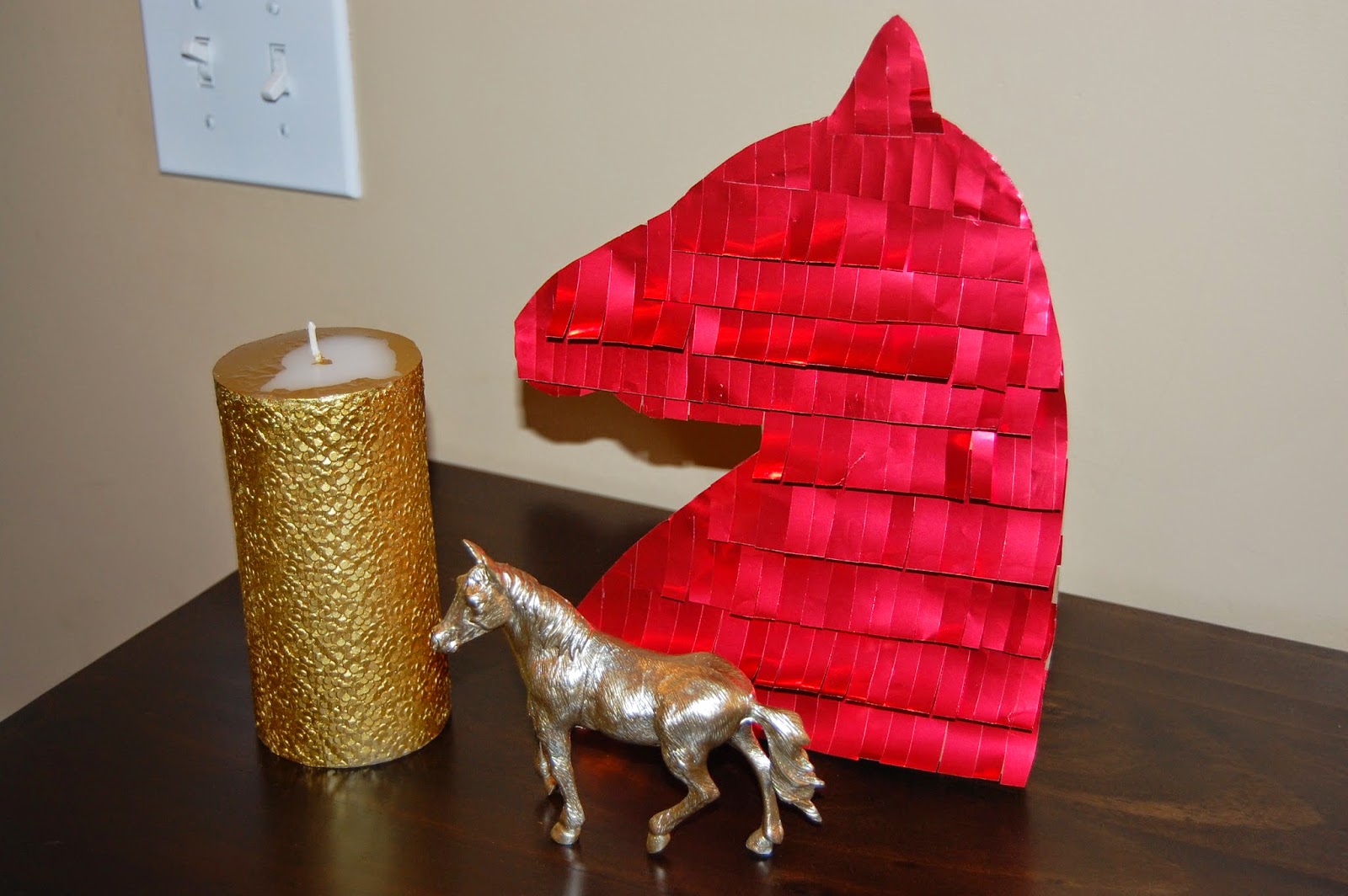 My older sister told me she was wanting to throw a Chinese New Year Party, and I hadn't thrown a party in a long time, so I jumped on the bandwagon and decided to throw one too!  This year was the year of the Horse, and it was so fun!

I'm not going to lie, planning for the party is almost more fun than the actual party for me! We had so much fun at last year at New Years (the real one) planning for our parties together, and researching about Chinese New Year. We laughed so much at all the funny things that we could do.

The one thing we really wanted to do was a give a horse shoe to all our friends, because it was the year of the horse and we read that you put it over your door and all who enter will have good luck.  My sister got horse shoes from a friend who's son is a Farrier, but we never got them cleaned off, etc.  We looked into doing horseshoe ornaments and stuff too, but we didn't really find anything that wasn't expensive.

I blogged about the invitations last year and how I made them.  That link HERE. 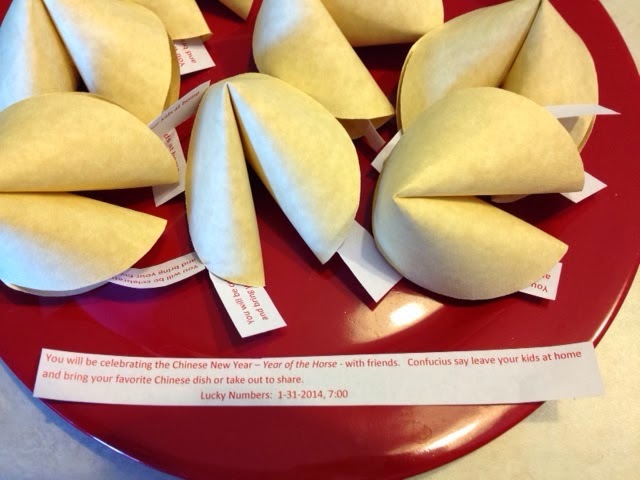 What's so great about finding decor for a Chinese New Year Party is that you can get all the after Christmas clearance stuff!  I really scored! 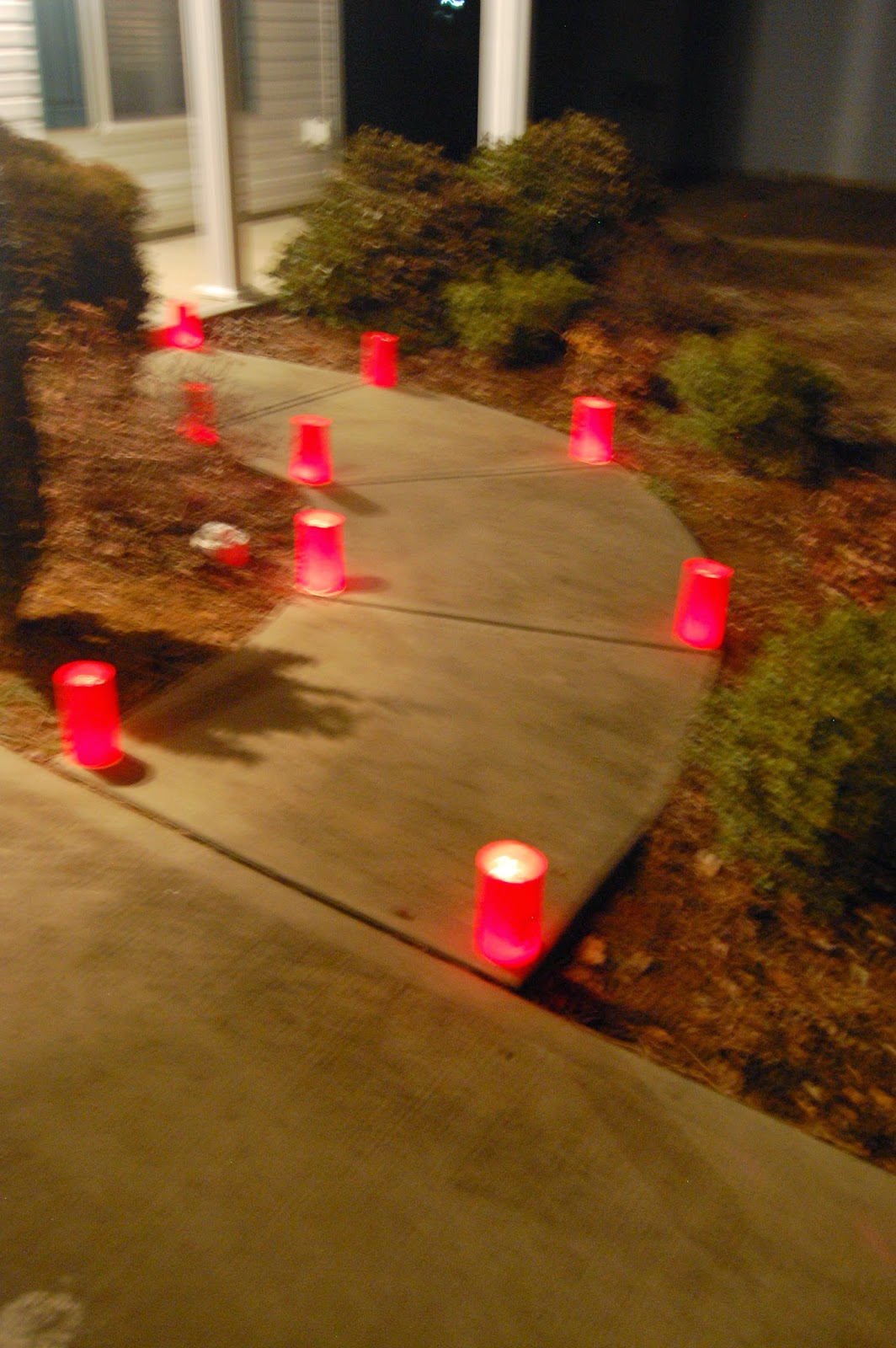 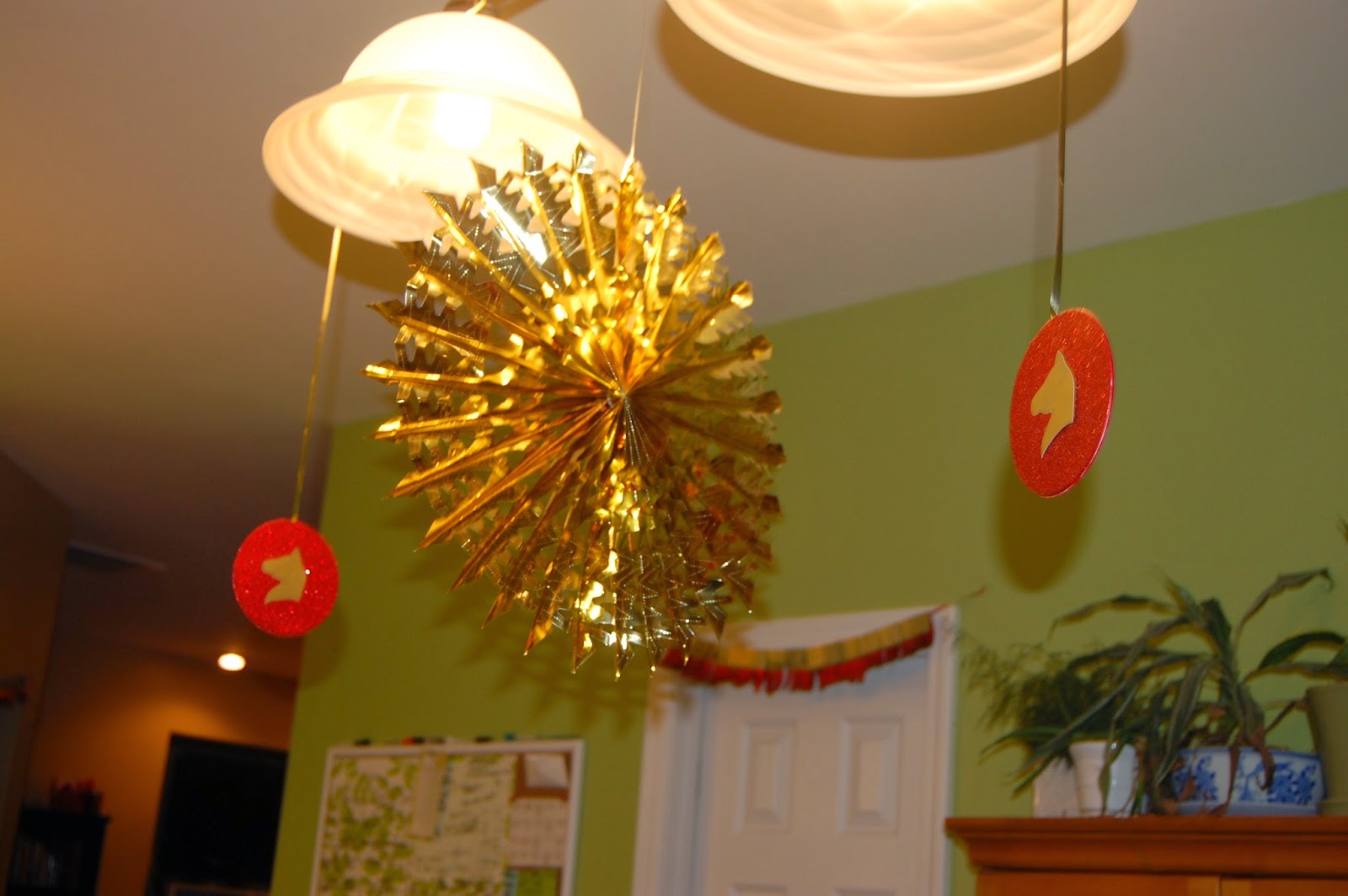 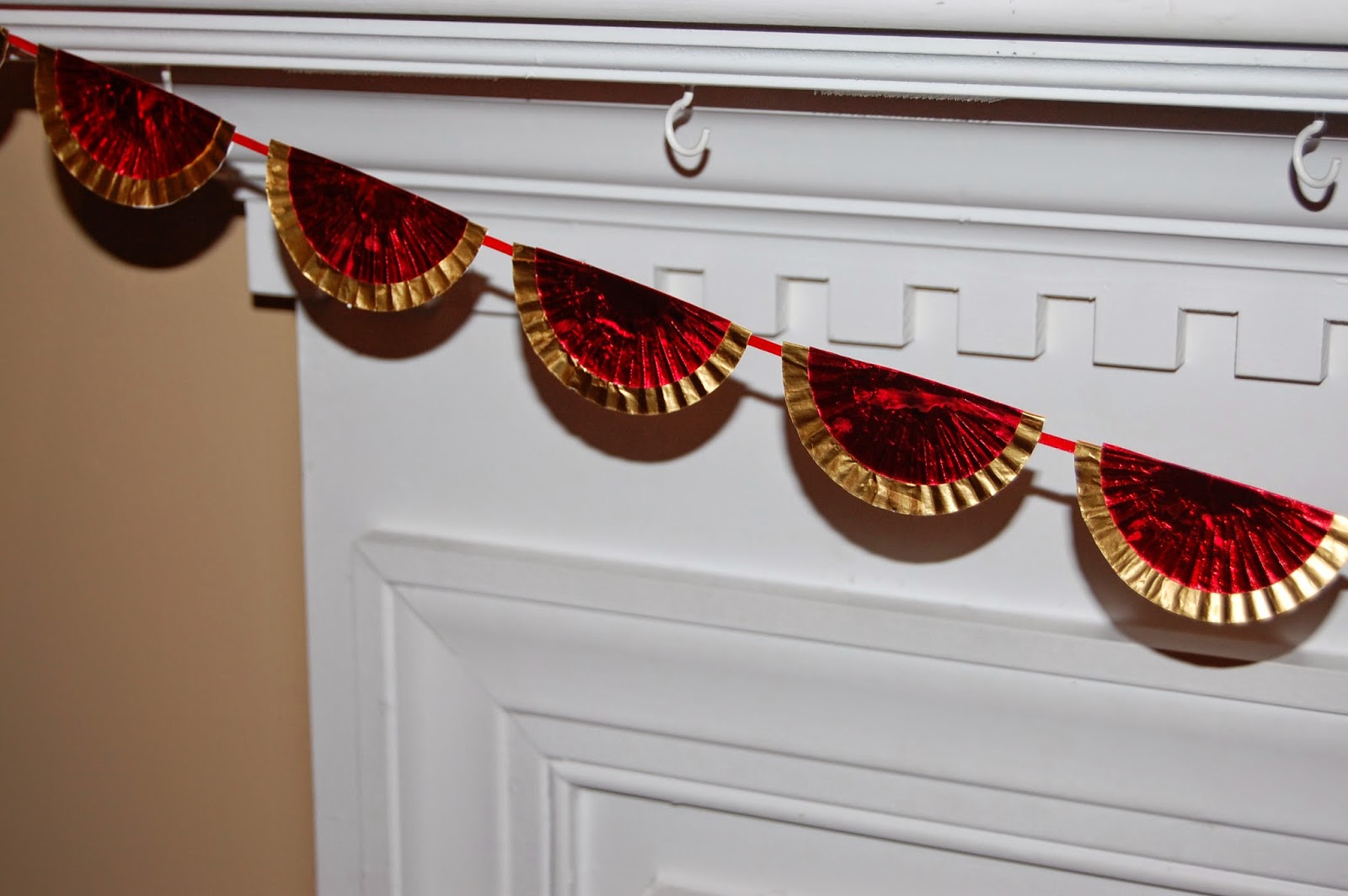 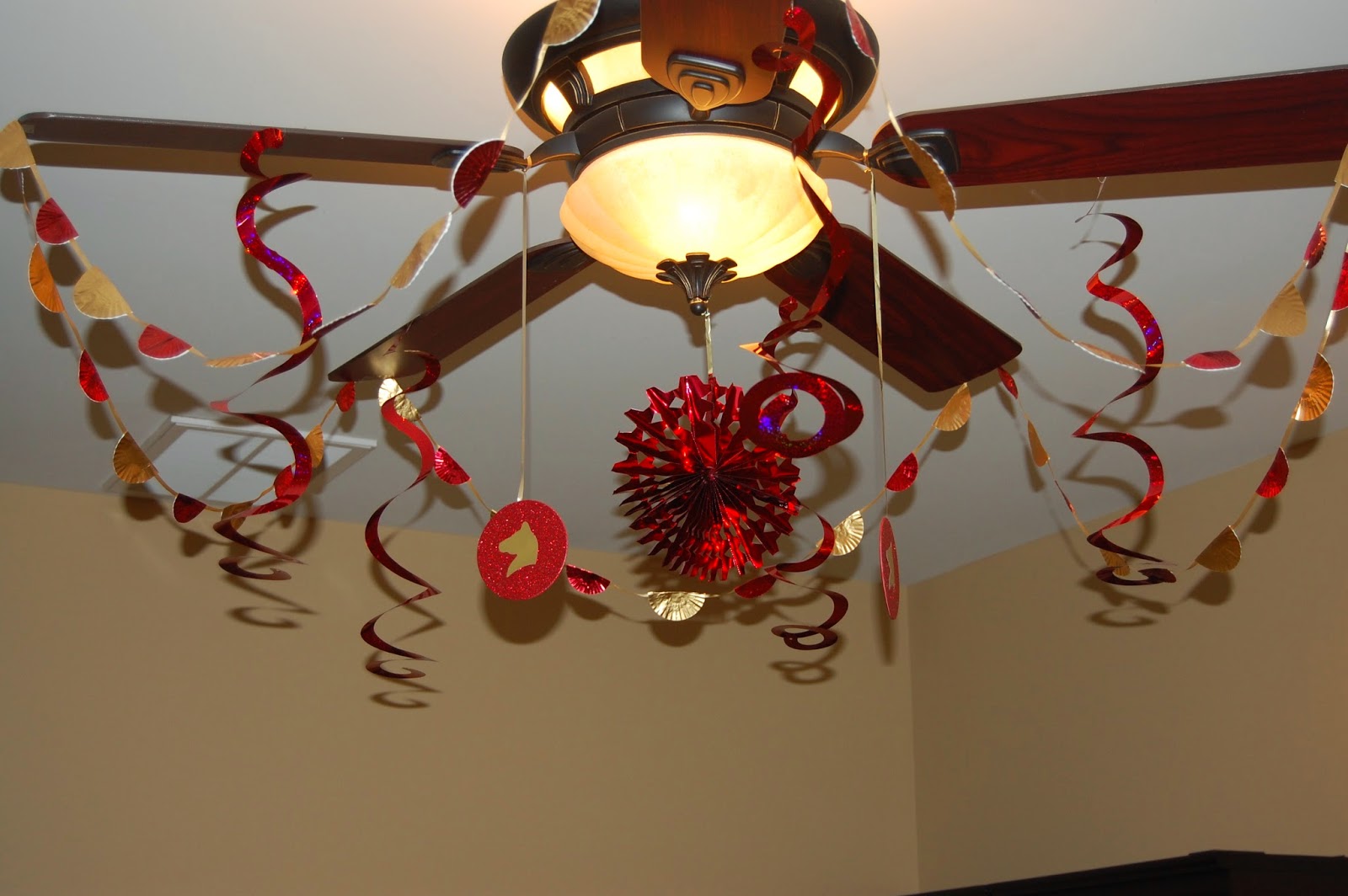 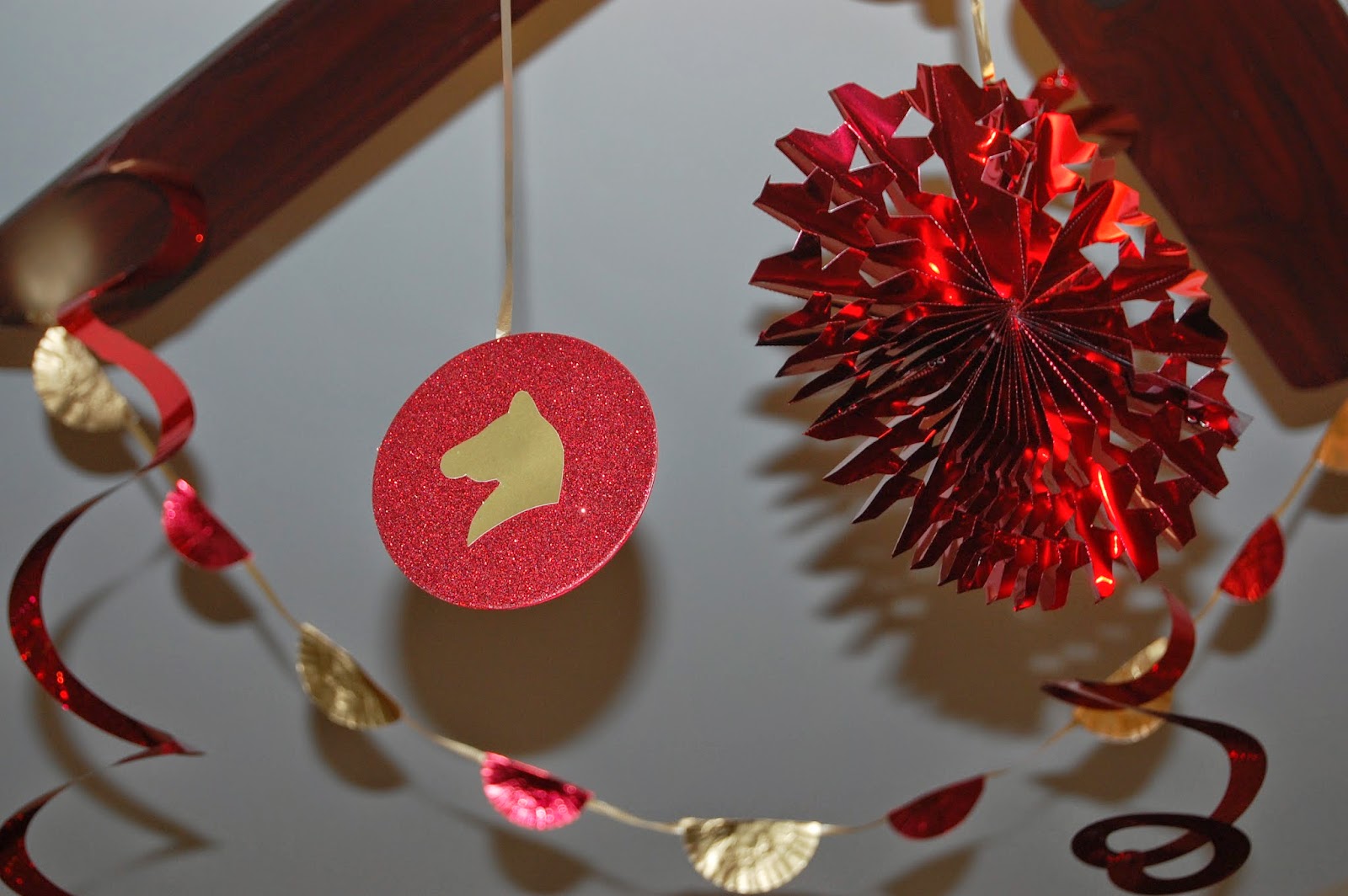 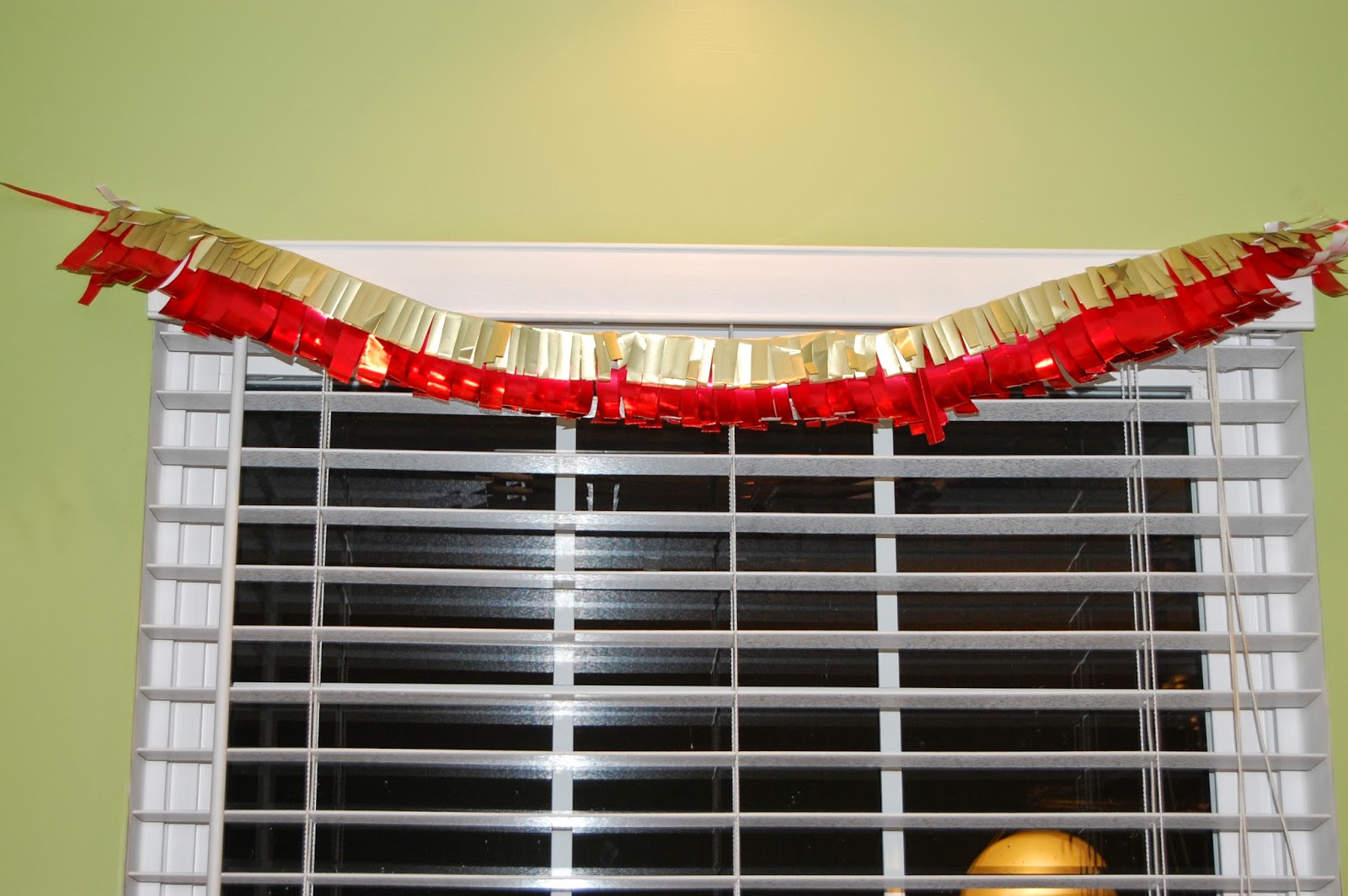 
You can see above I had a note in the oranges centerpiece.  I did that randomly about food and posted their meanings with them.  Examples below: 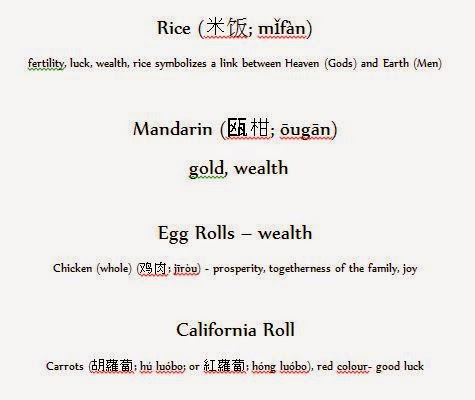 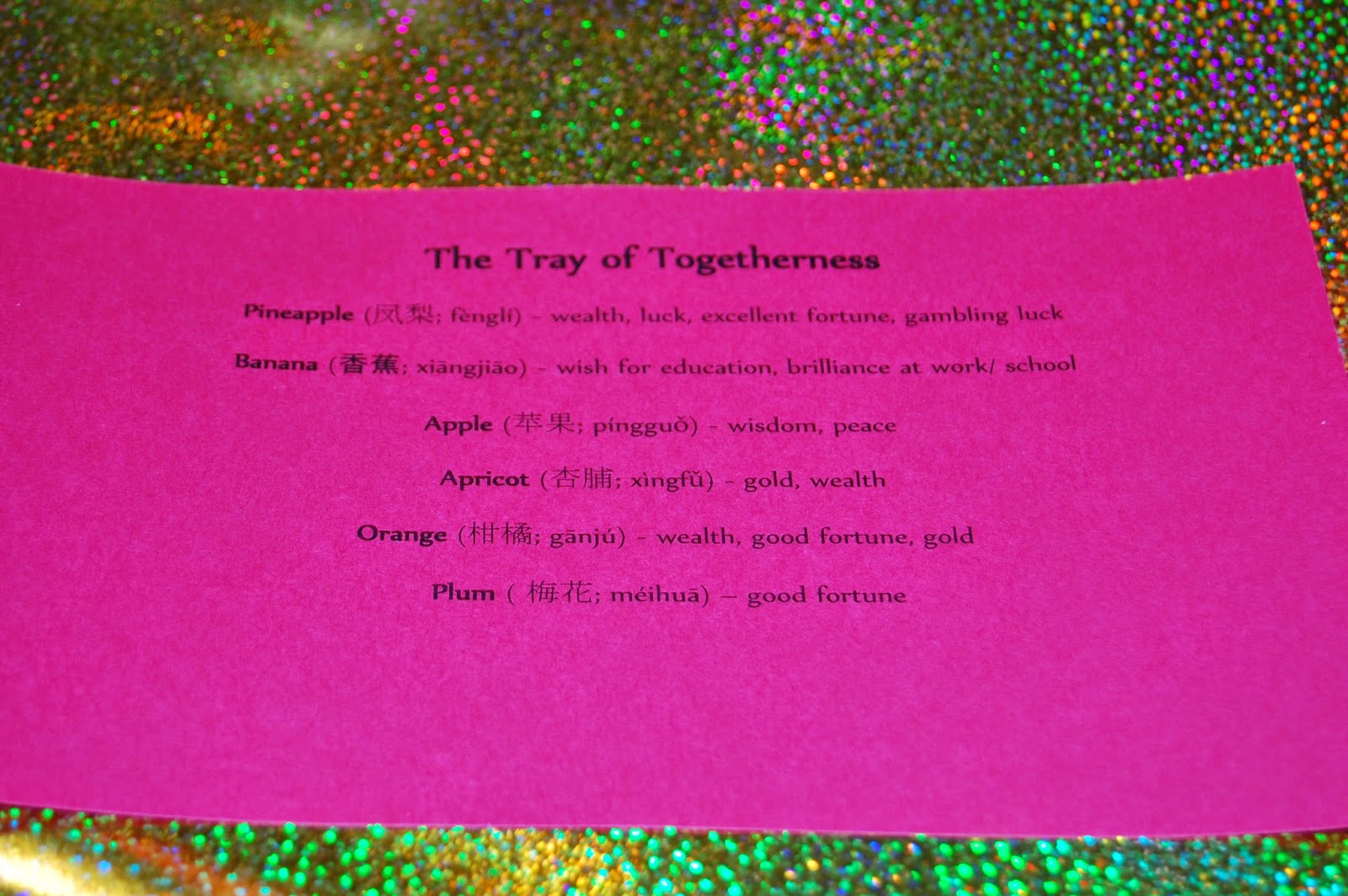 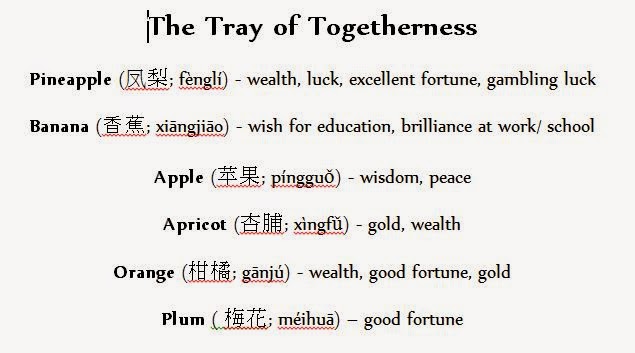 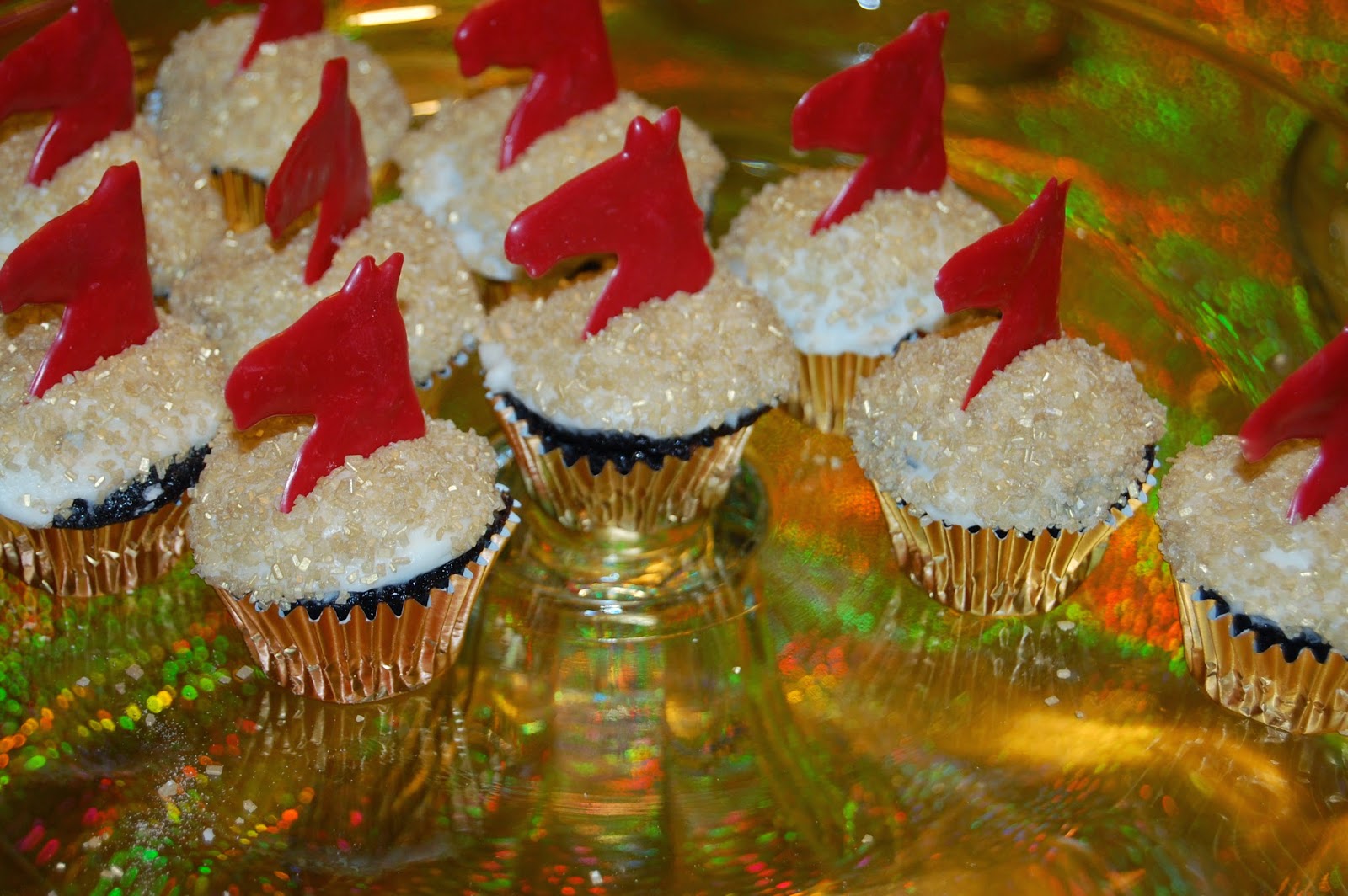 There are so many things you could do here, here are some ideas I had, some we used, some we didn't.  Some of my friends kids had a snow make up day the next day so people left earlier than I originally planned they would, so there wasn't enough time.  I'm not even kidding, I bought stick horsey things for people to have horse races up and down the street! Bahaha!  We didn't actually get to that, I'm sure my friends were glad, but my kids still have lots of fun playing with them.

When my friends came through the door I greeted them with Happy New Year in Chinese.  It took a lot of practice to learn it and remember it.  I then had my friends read about their sign and then read about the compatibility of their sign with their spouses.  That was probably the most hilarious to hear and read!

I called this game, Confucius Says: 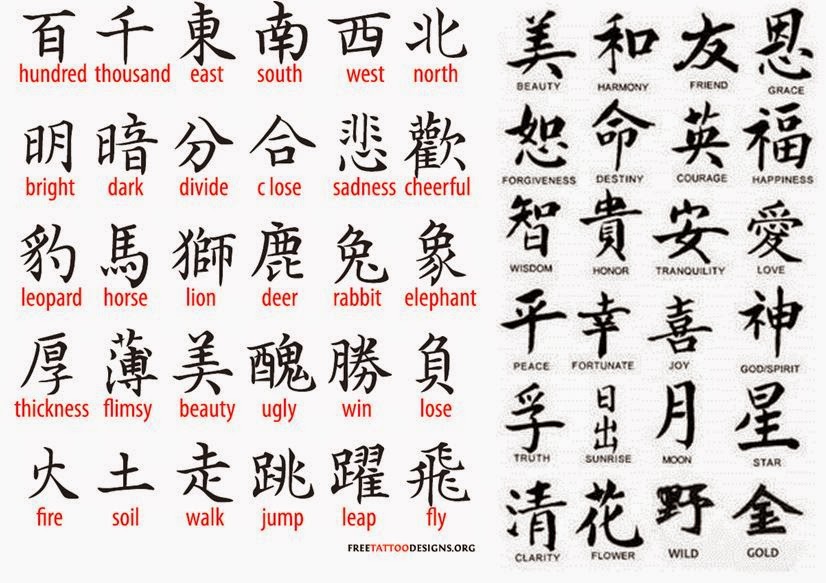 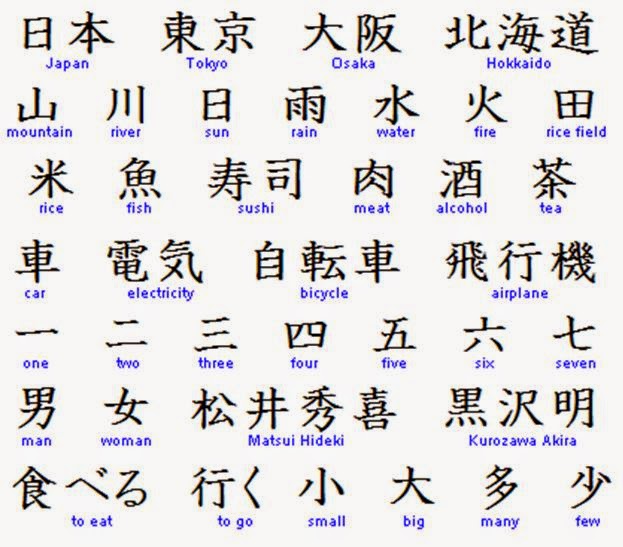 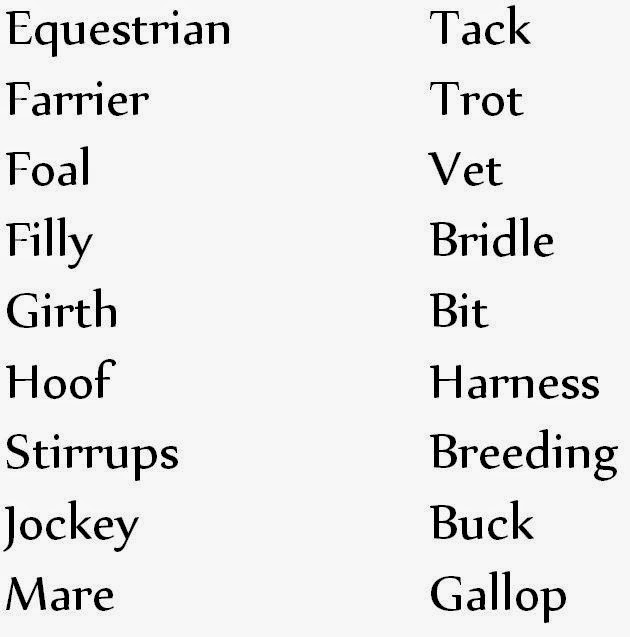 Here is some information about the Chinese New Year that I printed off and posted up around my house. I feel bad I don't have all the references for all of these below, but they came from a billion different websites.

For a Chinese New Year party you are to dress in red. Crimson clothing is said to ward off evil spirits and bad luck.

Open doors and windows, weather permitting. This lets the old year out and helps good luck find its way into your home. Keep lights turned on to scare away any ghosts and bad spirits. Don't wash your hair—you could inadvertently wash away good fortune. Avoid mentioning the past. Keep the focus on the new beginning offered by this brand-new year.

According to Chinese legend, Buddha invited all the creatures in his kingdom to appear before him. The 12 animals who completed the journey the rat, ox, tiger, hare, dragon, serpent, horse, sheep, monkey, rooster, dog, and pig were each honored for their presence with rotating names of the year.

The world record for most texts sent in a day is broken each year during Chinese New Year. The current record stands at 19 billion.

The Chinese love fruits, they like them big and beautiful, and they prefer fresh fruits, though sugared ones are common at this time of year. Fresh fruit at the New Year symbolizes life and a new beginning. Sugared ones are a wish for a sweet year. Chinese New Year is a time when families reconvene, share lots of food, and set the pace for the new year.

Firecrackers are done in abundance to frighten away unlucky spirits, and red is worn -- even red underwear -- because of its symbolic meaning. Children receive small gifts and money in red envelopes, and various figures from history are honored.

Lunar New Year can be rough for singles, especially females. Many family reunions are highlighted by dreaded interrogations of singles who haven't settled down. Now there's a solution -- boyfriend rentals. China's largest online retailer, Taobao, has a section for fake boyfriend rentals, so parents and relatives can finally stop nagging. Renting a bogus marriage prospect ranges from RMB 500 ($82) to 8,000 ($1,321) per day. The package comes with "a free embrace, hand holding and a goodbye kiss on the cheek," as well as a list of additional specific service charges.

Lovers should never share a pear because the word for pear is identical to the word for separation. Many fruits are shared, but never is the pear divided with a husband, a lover, or a friend. And, whatever you do, don't give pears as a gift, especially on the 15th day of the 7th month; if you did, you would be wishing a separation from or to someone loved.

Because the Chinese calendar is lunisolar, the Chinese New Year is often referred to as the "Lunar New Year". According to tales and legends, the beginning of Chinese New Year started with the fight against a mythical beast called the Nian (Chinese: 年; pinyin: Nián). Nian would come on the first day of New Year to eat livestock, crops, and even villagers, especially children. To protect themselves, the villagers would put food in front of their doors at the beginning of every year. It was believed that after the Nian ate the food they prepared, it wouldn’t attack any more people. One day people saw that the Nian was scared away by a little child wearing red. The villagers then understood that the Nian was afraid of the color red. Time when the New Year was about to come, the villagers would hang red lanterns and red spring scrolls on windows and doors. People also used firecrackers to frighten away the Nian. From then on, Nian never came to the village again. The Nian was eventually captured by Hongjun Laozu, an ancient Taoist monk. The Nian became Hongjun Laozu's mount.