I saw THESE CANDLES on Pinterest and wanted to make them for my sister's birthday party, but with pink stuff. After thinking about it, I was worried about doing it with non edible sparkles and such so I just made my own edible sprinkles. But, really, it would have been fine to glam them up with non-edible stuff I think. Oh well, next time...

It was pretty funny, the grocery store did not have a '4' or a '0', but when I looked in my cupboard at home, I had both already!  Lucky me! 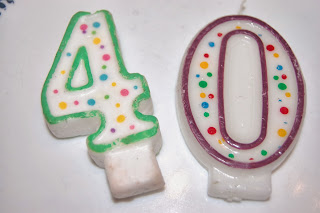 So, I took regular candles, and with a paring knife scraped off the outside colors. 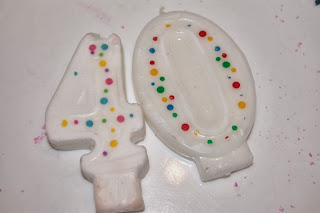 Then I scraped off the inside colors. 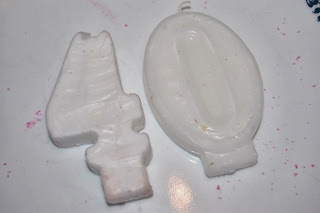 Then I used corn syrup as my glue, and just spread it on with my finger.  Then I sprinkled the edible glitter, pressed it down a bit, and was done! 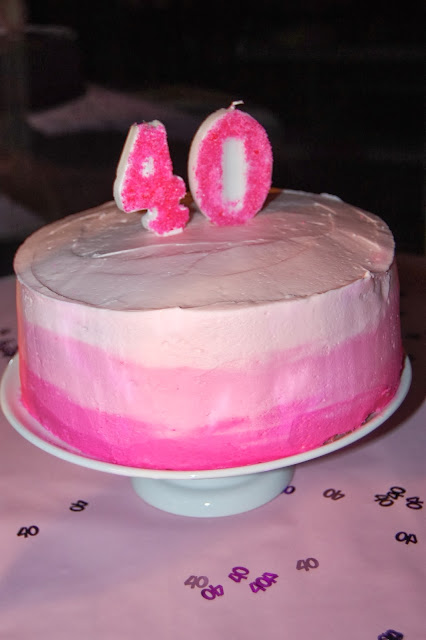