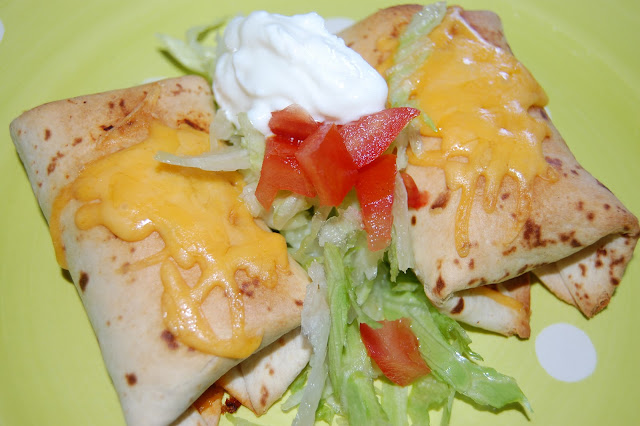 Here is another dish for your Cinco de Mayo party!!

These were really yummy!  However, next time I'm going to use ground beef instead of turkey.  Usually I don't mind using turkey instead of beef, but in this recipe, I think beef would taste much better, though John liked the turkey.  Either way, it's super yummy!

2.  Add cumin, oregano, cilantro, chiles, tomatoes and green onions. Simmer until the rest of the liquid has evaporated.

4.  Brush both sides of tortilla with the melted butter. Spoon 1/6 th of filling into center of tortilla and fold like and envelope.

5.  Put tortillas, seam-side down on a non-stick sheet pan. Spaced so they DO NOT touch. Bake 20 -25 minutes at 450 degrees or until golden and crisp. Sprinkle with cheese and return to oven to melt. Serve with the garnishes. 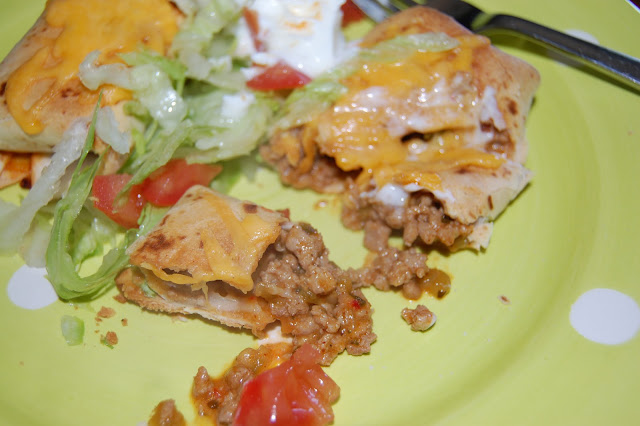