I had no idea when I blogged the following on my other blog that I would start another blog with those three words...  Too funny.

Creating, Cooking, and Consuming FOOD!
So,last Friday I cleaned my kitchen (trust me it's a big deal, and of course you couldn't tell by the next day), and then I went to the grocery store and all of a sudden I had the urge to make a yummy meal. (My sister and her husband, and my dad were coming, but I was just going to do something simple because I was tired) While I was in the grocery store though, I decided I needed to cook, and I love cooking when my kitchen is clean, and that really does energize me. So, I tried these out for the first time... My yummy salad served in a pear. 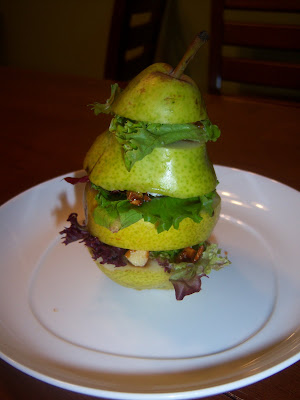 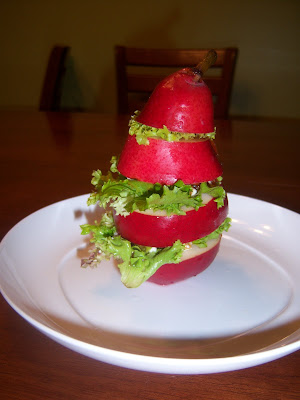 I also made my own recipe for chicken cor don bleu, but forgot to take a picture until I almost finished mine. I pride myself on rolling it tight enough not to have to use toothpicks. 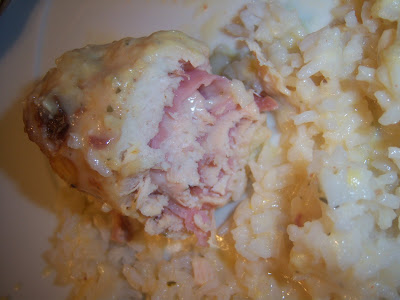 I also tried a new baked apple with candy bar dessert, which was all right, but I'll probably never make it again. It wasn't knock your socks off good enough, you know? I was also craving sweet potatoes and made some of those too, before I realized we didn't need to starches with dinner (rice and potatoes), oh well, I enjoyed it, starch and all.
So, on Wednesday of this week, I had no appointments, meetings, orders to fill, or anything. I even moved the couch to block off the kitchen from Mallary to help reduce Mallary induced stress. I was so excited!!! I decided I was going to do some cooking!!!! 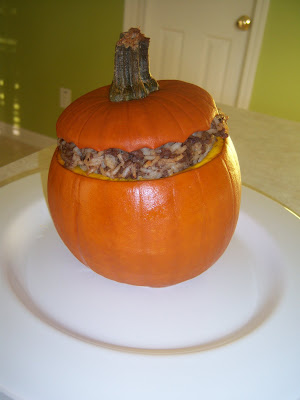 I asked John a while ago to tell me what his favorite meals that I cook are. He gave me a few, and then said, "It's hard, because you make something good, and then don't make it again for two years." It's true. I like trying new recipes. For example this casserole, I haven't made since I lived in Utah, but I passed by the pumpkins in the grocery store and couldn't resist. So, I made this on Wednesday. A casserole baked in a pumpkin. Mallary ate most of it, she loves any casserole. You would think it would be weird to scrape the edge of the pumpkin to eat with beef and rice, but it's so good. 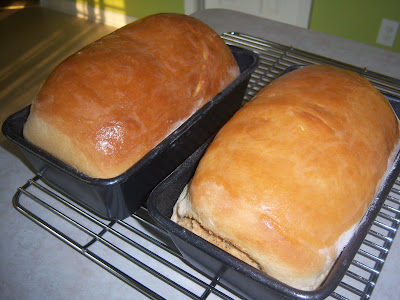 I've been wanting to make rolls for a while, and then found this recipe I had never tried in my collection. It turned out so yummy. That's all Trevan has wanted to eat since Wednesday for every meal. Home made bread is bad for me. I've already had four pieces of toast toasted in the oven with butter (the best way to make toast, and the only way I like toast, actually) today (and it's 11 am). 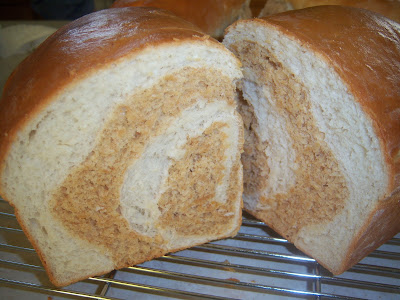 It was a white and wheat molasses swirl bread. (with my grandparents home made molasses) 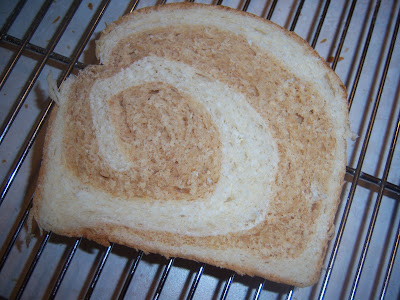 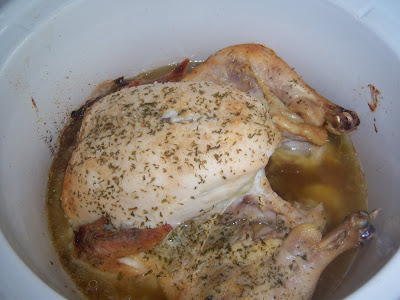 Okay, so yesterday I made chicken salad for dinner. For any dish I make where the chicken will be cut up or shred, I make my chicken in the crock pot. If you are still boiling your chicken, stop it! This is so much yummier, and you don't get the dry, chewy pieces of chicken. Yuck. You just put the chicken in the crock pot (cut the skin off with kitchen shears or not - the skin basically comes off anyway, depends on healthy you want to cook it) I don't even put any liquid in the crock pot, it just steams itself and creates all that yummy broth. 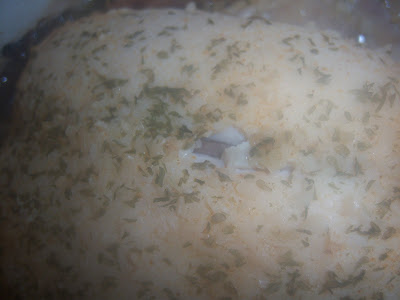 So easy. 4 hours in the crock pot, you know it's done when the little hole comes in the top (the breast bone breaking through, I guess), and when the legs fall away from the body and can be removed by barely touching them. Seriously, so moist and tender. I could eat the whole thing myself. Seriously. 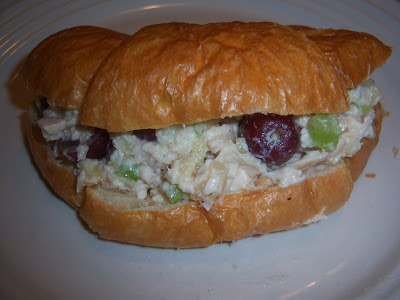 So we had a summery dinner last night (the best chicken salad I've made in a while, I personally think) followed by a fall dessert. 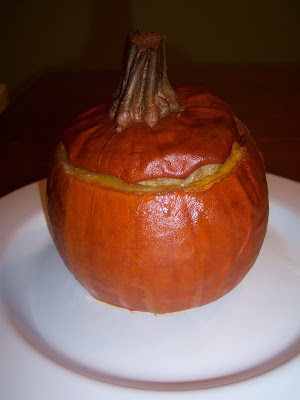 I told you I was on a pumpkin kick. This was a baked custard. I had some leftovers that wouldn't fit in the pumpkin and I put them in ramekins and they made some very yummy souffles, but the custard inside the pumpkin turned out very differently. 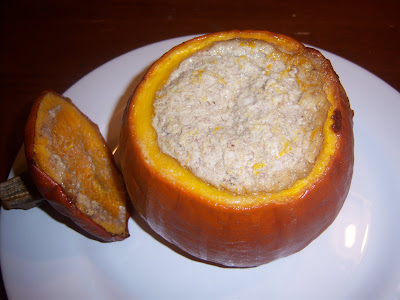 Once you got past the top layer that was touching the top of the pumpkin it was a very smooth, creamy, flavorful flan-like dessert. 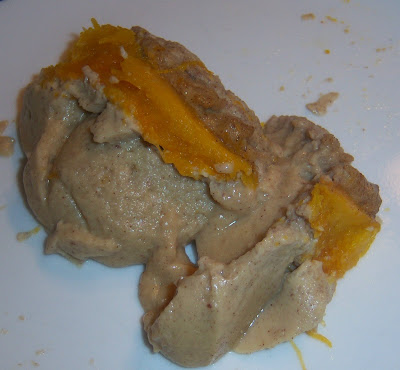 It doesn't look very yummy, but it was. You were supposed to serve it with pieces of pumpkin with it. Look how perfect the consistency was in the lower right hand corner? So good. I ate two souffles, I offered to eat Johns (he declined), and then I had two servings from the pumpkin. It was actually the first time I remember John ever commenting on me eating a lot. I think it was because he was being nice and being the one to get up and get me my second and third servings...
I love cooking, it is such a stress reliever for me (it also helps that John does the dishes), and I love seeing what I can create with my two little hands. Yay for food!!! Hope you eat some yummy food this weekend!

I'm going to go have some more custard...

Email ThisBlogThis!Share to TwitterShare to FacebookShare to Pinterest
Labels: Cooking