After my son saw his neighbor friend's Snuggie, he wanted one too. I remembered my friend had made one for her son, so I told Trevan I would make him one too.
Two weeks ago we were riding in the car, when out of the blue, Trevan asked, "How's my Snuggie coming along, Mom?" It was pretty funny coming from a five year old.
I took an old fleece throw that I've had since college, but never use anymore, and decided to use it for the copy cat Snuggie. This was an easy, thirty minute project (if that), if you can sew even a little bit.
How I did it:

STEP 1: Fold your fleece in half, putting right sides together, horiztonally, making it wide.

STEP 2: At the center top, cut a slit long enough to go over your child's head.

STEP 3: Put it over your child's head to check for fit. Pin where you will sew the sleeves and sides, leaving plenty of wiggle room. 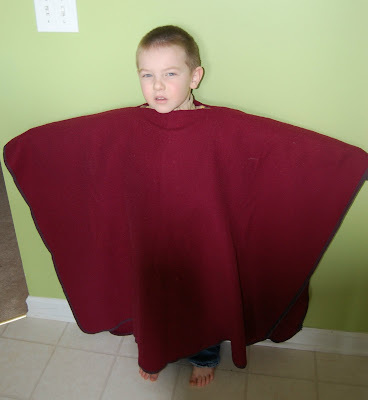 STEP 4: Take the fleece off of your child, fold it in half vertically, and cut the shape you outlined with your pins. You are cutting both sides at one time. 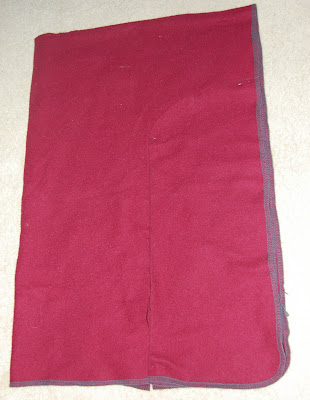 STEP 5: Open up fleece, sew sleeeves and sides together. (I didn't finish any seams on this project because fleece doesn't fray. But, if I were to give one as a gift, I would probably finish the seams.) 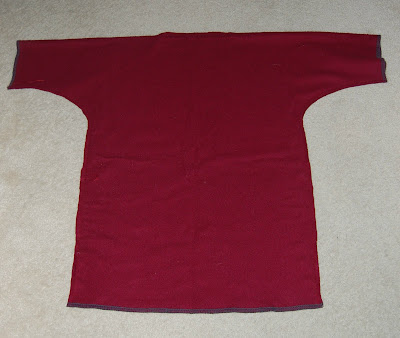 STEP 6: Roll the opening for the neck, pin, and sew around the neck. 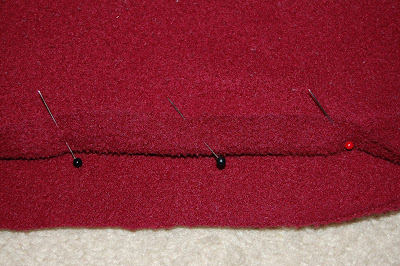 You could be done here, but I added a hood.

STEP 7: Take a front and back piece cut out from the side, and put right sides together, and sew pieces together making a hood. 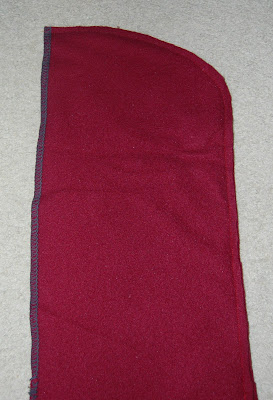 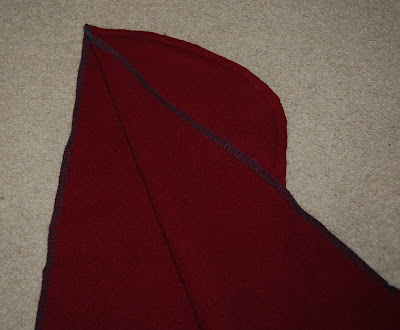 STEP 8: Try the hood on your child, mark where you will cut it. Pin the hood to the neck of the Snuggie, and sew to attach. 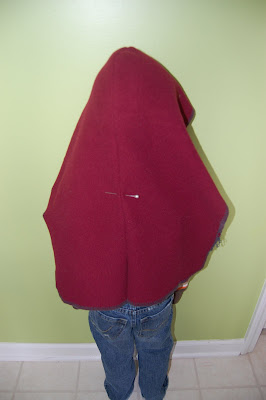 STEP 9: Try on for fit, and make your child happy! 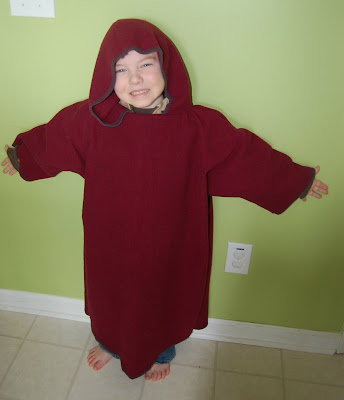 I told him he looks like a Jedi from Star Wars. 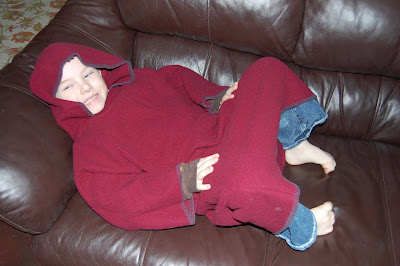 I think I have to make one for my daughter now, because she is trying to steal Trevan's.